Nobody suffers and nobody is malicious. This page sweeps old habits. Experiences of doctor Duchesne de Boulogne, ridiculous chemical flasks of Frankenstein have announced the blacks of hell and the tragic whites of poor people piled up in gas chambers. A witch treatment, experimental, bizarre, precedes Nadar’s era, nazis’s doggeness in order to watch more closely, the last fight of bodies. A part of modernity has taken ordinary flesh for a ride. Photographers have built the most incredible carnival of all times. Millions of disappeared flesh wander along books, movie screens or on the top of fireplaces. Some worlds are still given themselves importance : The fûrher, Eskimos, the unknown soldier, movie stars, the front popular, the war of viet-Nam Picasso hold under a parasol his wife, as if he was strolling far from his paintings : The other world is obese. Italo Svevo who wondered what photography could be used for, was satisfied of this essence : To prove to myself that I was here. This modesty is formidable, but a wise one. Here, hands of a man are kneading a woman’s head. She watches the scene with an eye or two opened, attends work, participates ; The hands like chromosomes, suggest some mysterious identity. The clothing shows that time passes by. Those two hands don’t belong to some slave dealer making us appreciate the goods. Pygmalion only dealt with marble. We can guess a secret complicity between the man and the woman. One generation separates them. Here, he’s proceeding to a last perfecting. Her, covered by his hands, seems to make the whole turns of her own question, all along the inventory. This question is not the stepmother’s one, asked to the mirror. It’s the question of knowing â€œWether I have a useful head, and if I didn’t waste my time. Humor accompanies this question : the eye dilated as a rabbit ready to be cooked, nose rolled-up without any reason, the wink of the end. Milou about "Grimaces", 2003 Translation by Matthew Douglas-Kay 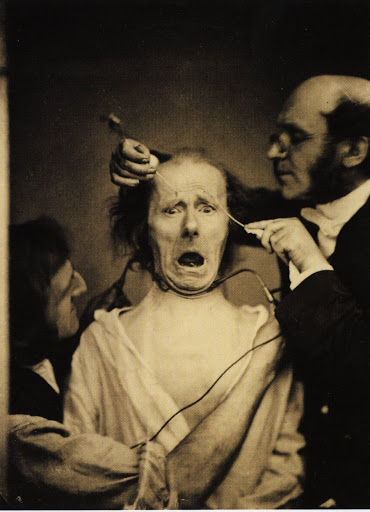 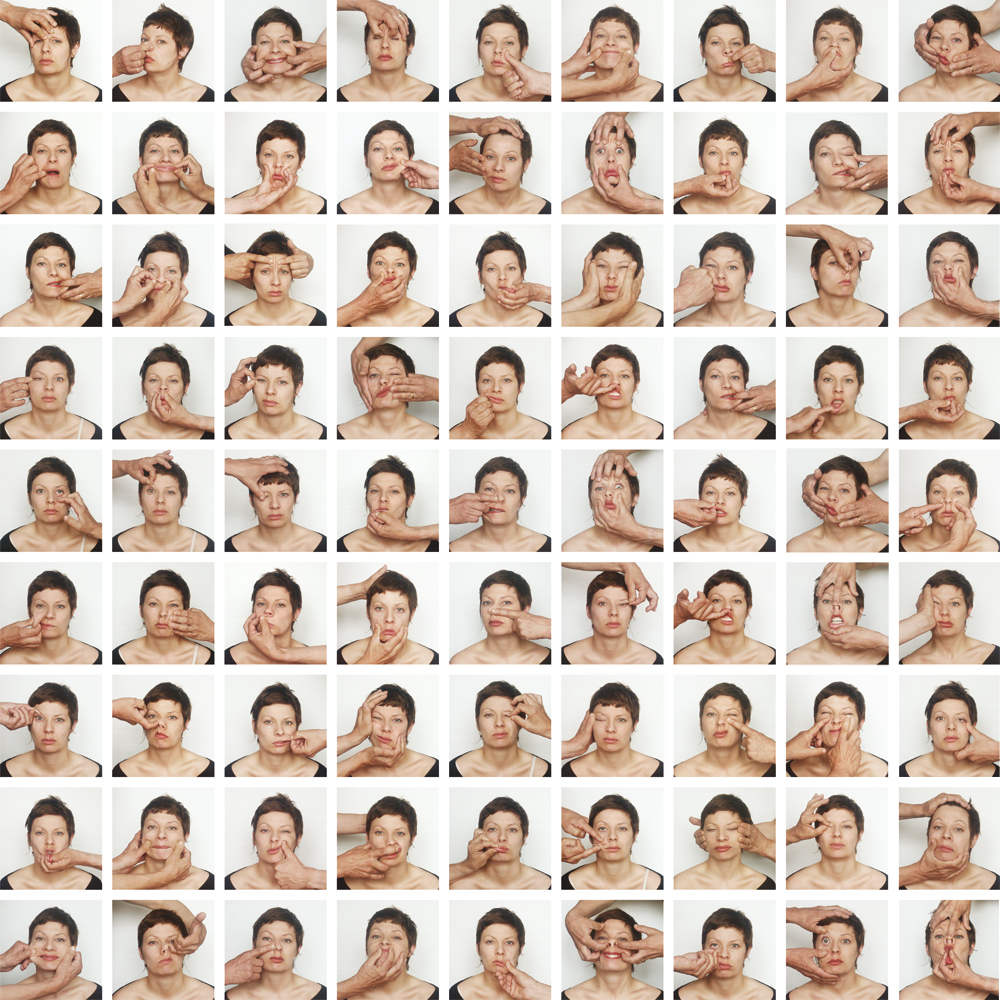 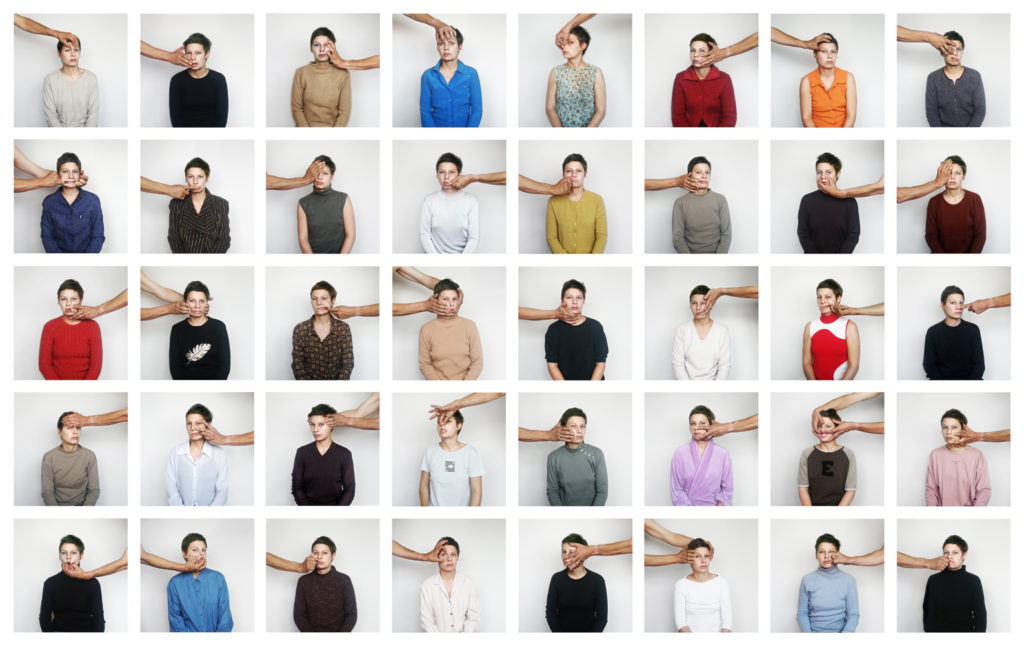 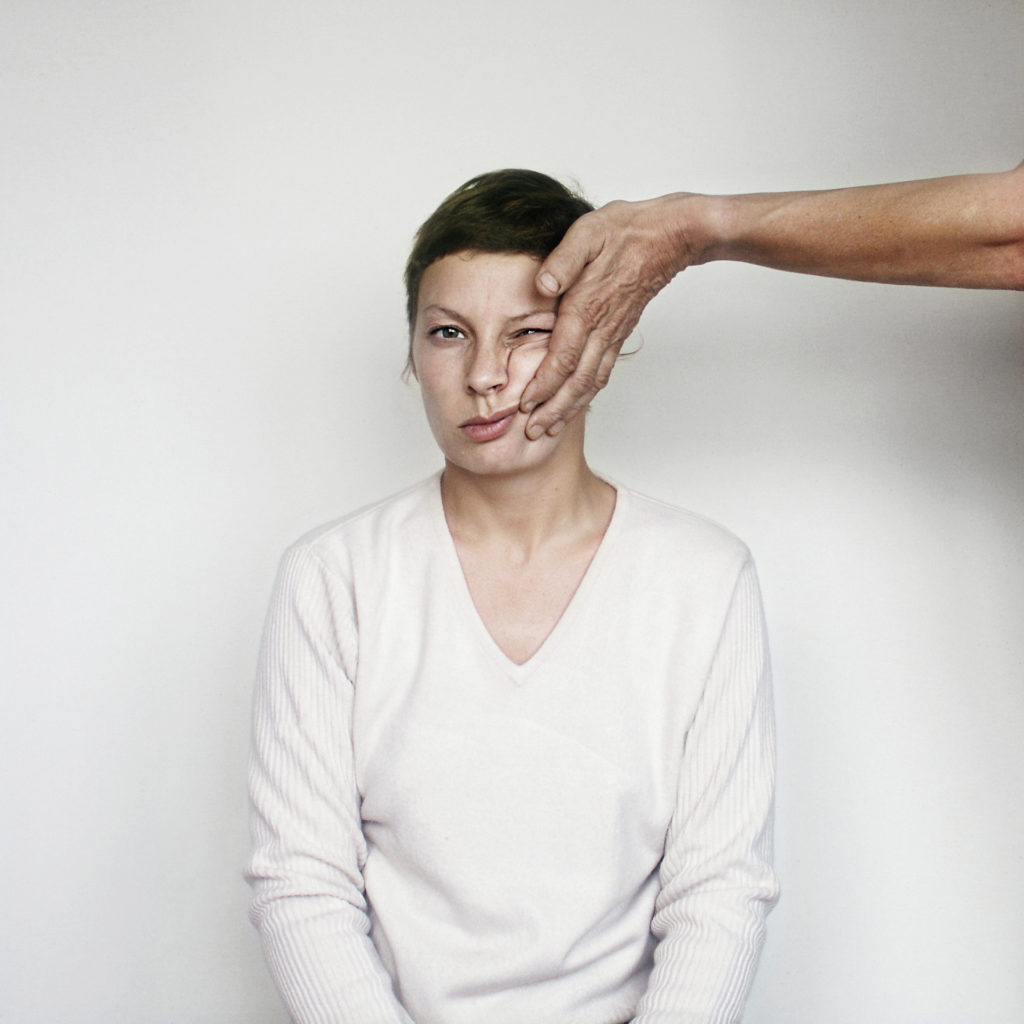 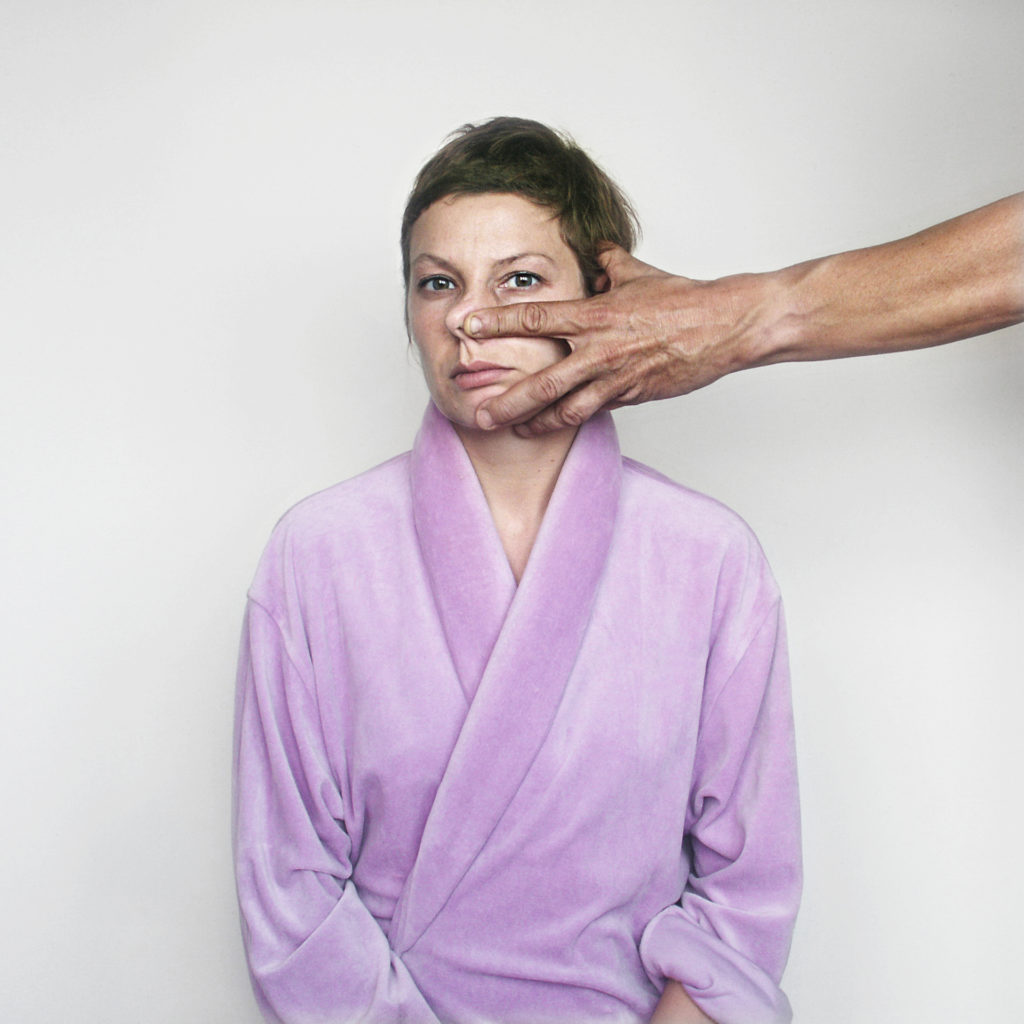