At the circus, nobody lies. Things are used not to fall, felins are clenching their jaws likes mens are, women are smiling in trapezoids, nobody seduces, they all know that between life and death one’s needs to fight while laughing ? Here a grey background to lean the world against, as at Nadar’s. An ordinary floor to make fun of gravity. These are the accessories of the show where mother and daughterare exerting theirselves not to suit. Feelings and winks are staying outside, in magazines where old and new virgins are chating in color on beauty receipies, love philter, males and dollar’s value. Unusual gestures are telling, without any title, that they are linked by the belly, the original shout, by the head, legs and orifices…In detail one’s sees what kind of strange chinch means that life is in motion. That time manage everything, from the self-effacing of the one to the self-assertion of the other.That the relationship is even more fascinationg when they are not talking and not looking at each other…That a third character is directiong the scene, coming from the first age, primate, reptile, fsh,…stil active fossile fish. Outside, the blinking of eyelids, personnal hygienes, parisian’s perfumes, erotogenic thongs, photographers of charms, can snuff, splitted like graves at the pèere Lachaise’s…One’s can see through the eyes of these illusionists that photographycan manage without lies and superfluity… that there are other appearances than appearances.The power of these 9 images, results not only in the shapes, but either in the empty spaces wich separate them. By the black areas, white or average, the light frey of the background goes up in the plane, poses become the word of a wizard’s text which throwin hell the astrologists of social and identity sense. The men, who will be abble to read, will finally consider that women are feared neither by god or devil when you let them in peace. 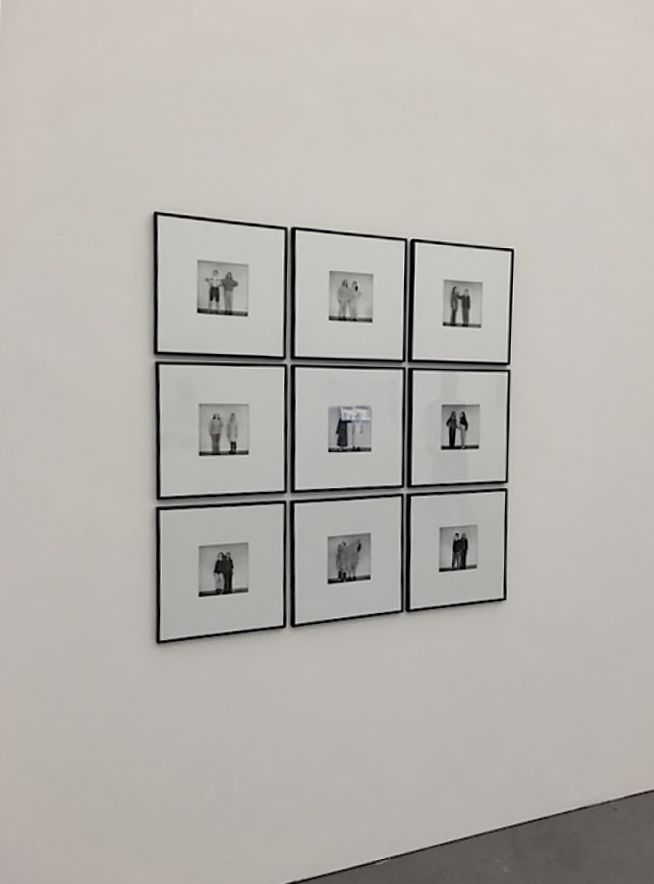 Lentos Kunst Museum in Linz – View from he show