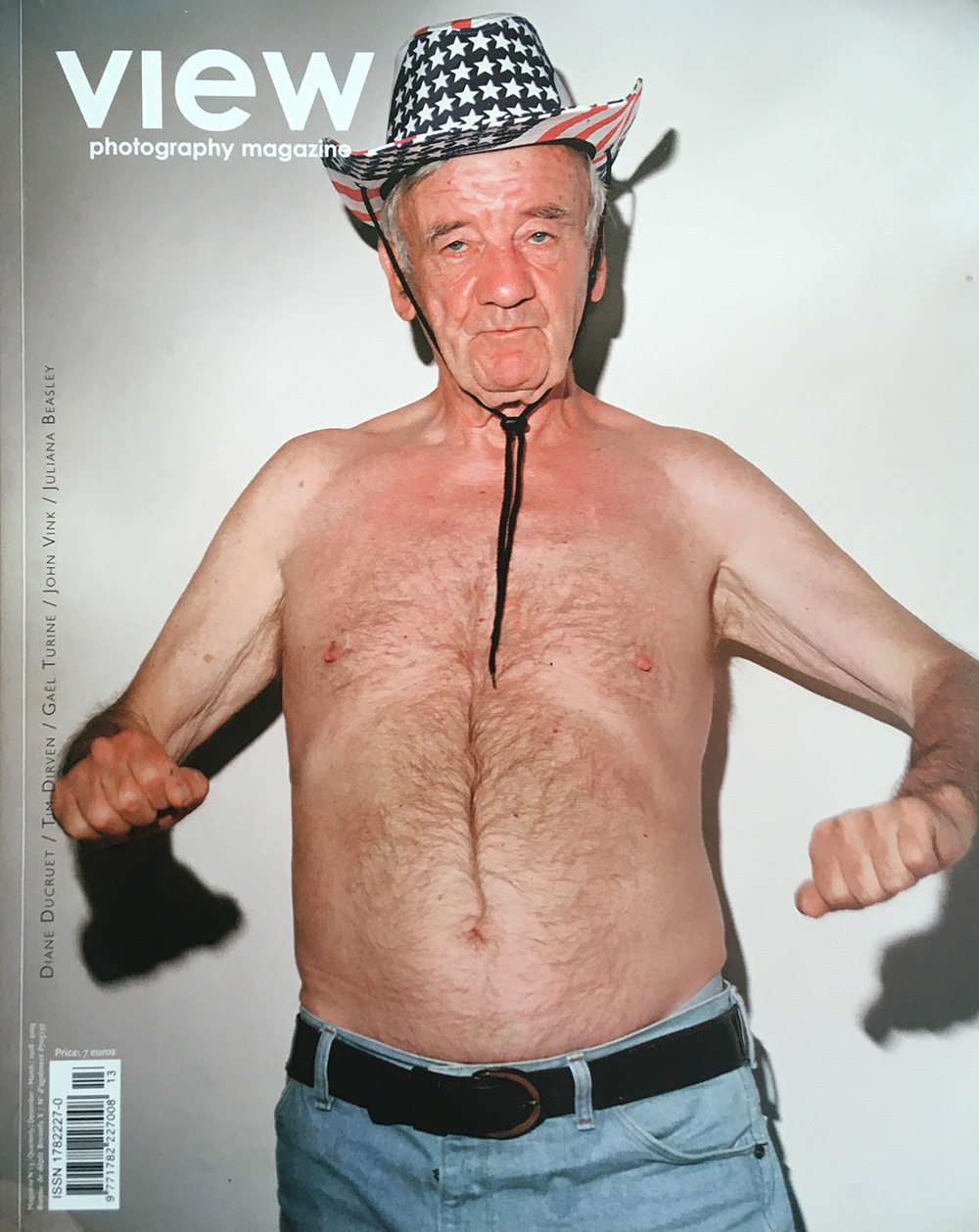 At first glance, it looks like everyone in the family is having fun, acting out goofy scenarios for the camera. Well, yes, it’s a family of artists, and each seems comfortable revealing playful, creative poses that are far from ordinary family snapshots. But on closer examination, we see that this extended performance of role-playing and intimate interactions is serious art, and not quite so light and frivolous as it seems at first.In a brilliant new photo book called Family Games, French photographer Diane Ducruet has broken free of all the usual formulas and has come up with a thought-provoking series of staged portraits that play with the ideas of family dynamics, identity, control, influence, postures of power, and more. The work becomes a kaleidoscope of subtext as members of the family slip in and out of expected roles: mother, father, sister, brother, daughter, son, husband and wife.In one series, the males of the family (father and son) seem not the least bit embarrassed to be pictured dressed only in underwear, with slightly sagging bellies, as they assume comic-heroic poses that mimic old paintings and historic statues.Ducruet stages the scenarios and makes photographs, while her mother sketches each pose from a slightly different perspective with charcoal on paper. In one hilarious stance, the father poses as an archer ready to launch an invisible arrow with an invisible bow. Ducruet photographs him from below, with his foot perched on lichen-colored solid rock. He appears a bit ridiculous, like a modern-day Quixote. Her mother draws the same scene (perhaps exaggerating the size of the belly), and both views — photo and drawing — are presented side by side. This is just one of many poses in this series, and the women are clearly directing the show here — the men perform as they are told. It’s funny, but it has an undercurrent that creates a taut tension. This box of family photos continues to explore variations on the themes of family influence, manipulation and control. In a group called « Dialogues, » Ducruet’s mother and father are literally in each other’s faces with odd shows of affection — pinching cheeks, biting each other, and tweaking noses. The metaphors are clearly intentional, and the friction feels real. In « Performances of the Ordinary, » Ducruet turns the camera on herself as she assumes awkward and absurd poses, poking fun at herself. In one pose she sits half-nude with a huge sausage stuffed in her mouth. Nothing seems sacred. The « Mother and Daughter » sequence becomes even more troubling. A series of black-and white portraits show the two as they silently ridicule each other with straight faces. Is this judgment? Jealousy? Sarcasm? In the aptly titled closing sequence, « Pulling Faces, » Ducruet is center stage again in grids of self-portraits as her face is repeatedly poked, prodded, pinched, pressed, stretched, distorted and tugged by hands from outside the frame. Are these metaphors for how our parents and siblings try to mold us and shape us and define us all the way into adulthood? Is this a comment about the outside pressures and forces that we must endure and resist daily as we strive to be individuals? Family Games is clever work, and worthy of a careful look. 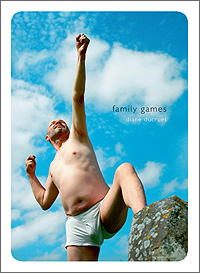