It almost looks as if there were no such thing any longer as motherhood pure and simple, as if all that is left is the choice between perfectionism and resignation. Nevertheless, motherhood has many aspects: joy, an intense experience of life, love relationship, learning, exultation, on one hand, and, on the other, frustration, being weighed down by expectations and the fear of being inadequate to the task. Until the 19th century motherhood was never called into question even if in actual reality the rewards often fell woefully short of projected ideals. It was only the advent of career openings for women that created alternatives to motherhood as a fulfilled life. Pregnancy, birth, abortion, life with children, the decision against children, the struggle of children with their mothers – all these themes have their place in art. Nor did we have to wait for 1960s feminist art to produce realistic portrayals of the mother’s role but fi nd renderings of social reality and individual conflicts already as early as the beginning of the 20th century. The exhibition showcases not only shifts in the stereotypes of motherhood from 1900 to today but also the changes in the perspective from which children see their mothers. It calls into question the optimisation logic of today’s life designs and nurtures the hope of change: an ever greater number of women with children opt out of the complex, often stressful regime of everyday life, refusing to accept their life world between career, children and consumption as preordained or God-given.

DIANE DUCRUET Born 1973 in Lisieux, France; lives in Montreuil, France Mother and Daughter, 2001 Loan from the artist As complex and difficult as a mother-daughter relationship may often be, the original tie and the needs of both individuals are quite simple. The photographer Ducruet depicts the connecting and separating moments in life between mother and daughter with the help of plain black and white pictures and simple utensils. The umbilical cord feeds the daughter as an embryo in the mother’s womb, just as the breasts nourish the nursing baby. The mother screams during the birth, just as the newborn does with the first breath. Sometimes the daughter wishes the mother would literally keep her beak shut, and sometimes the mother devours the daughter alive. The photos appear as though taken during a pantomime play, seem to represent all the different situations in the life of mother and daughter. Yet depending on the viewers’ own experiences, they can interpret the pictures differently. 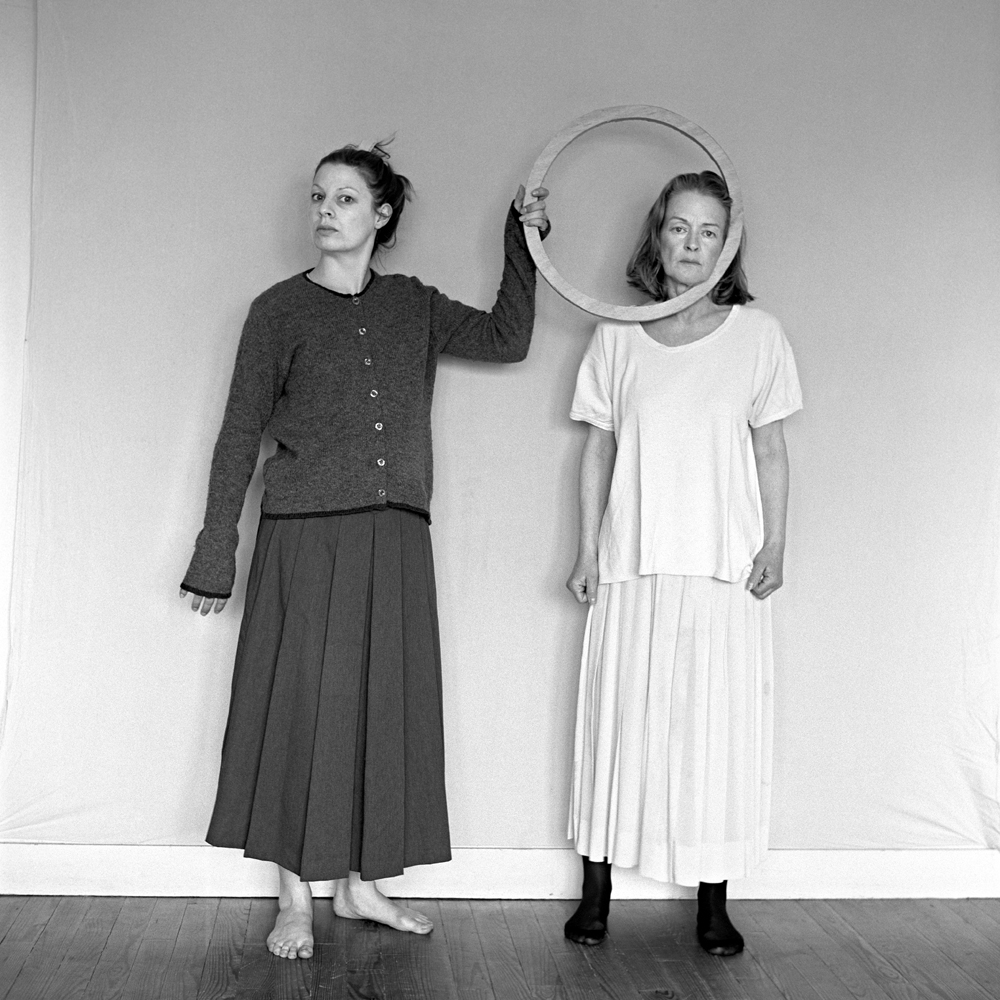