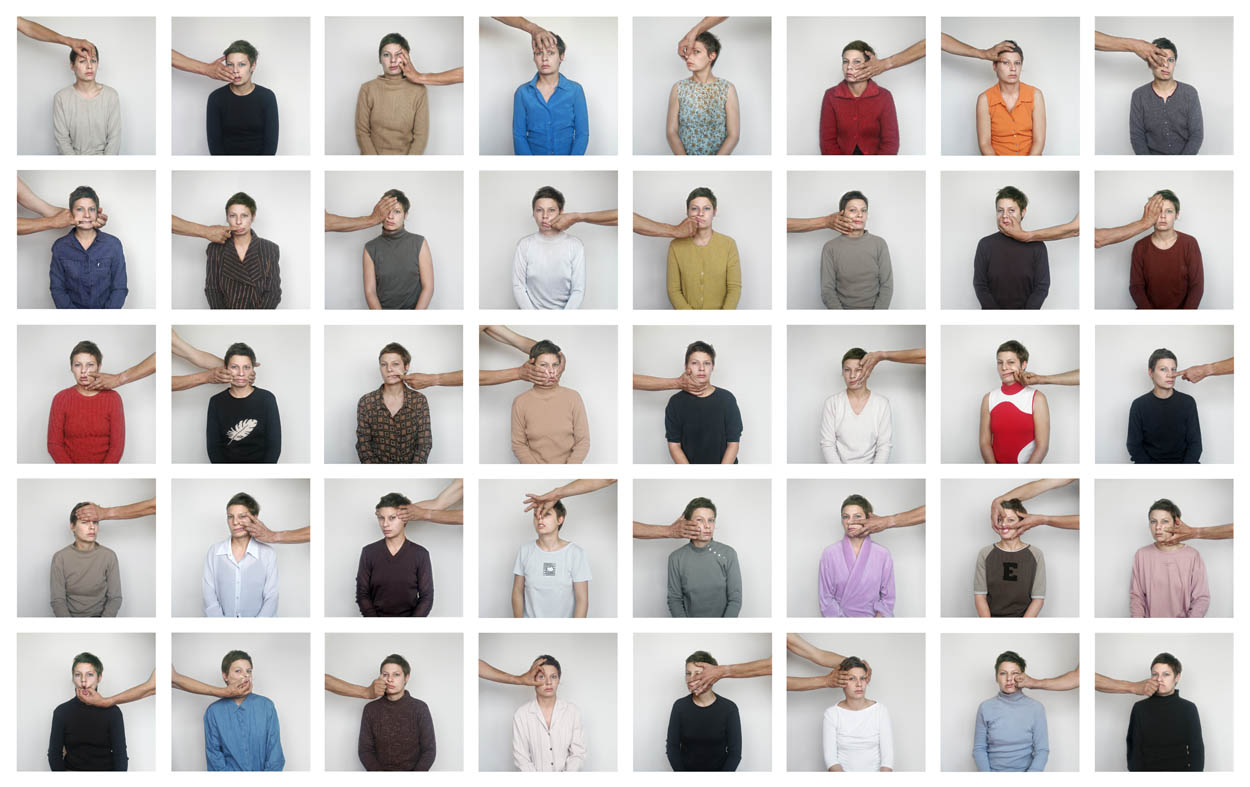 13th INTERNATIONAL MONTH OF PHOTOGRAPHY ATHENS, AUTUMN 2006 Opening days from September 18 to October 24, 2006 Theme: On Faces Download: Catalogue (PDF/3,9 MB) Download: Exhibition Programme (doc/0,1 MB) Artistic Director: Stavros Moressopoulos Organised by the Hellenic Centre for Photography in collaboration with Benaki Museum and the support of the Ministry of Culture Official Opening Ceremony BENAKI MUSEUM, Piraeus Building Monday, October 2, 2006 The 13th International Month of Photography in Athens is celebrating its 20th birthday, bringing to the galleries, museums, foundations, cultura l centres and foreign institutes of Athens forty-seven solo and group exhibitions. The photographers are Greek and foreign, of different generations and backgrounds, and present to the city photographs wildly diverging in their approaches. Every year the International Month of Photography in Athens creates a programme that runs around various drifts: a thematic approach that is usually divided into sub-themes within which the main core of the year’s exhibitions fit; a retrospective of an established Greek photographer if not more; a series of carte-blanche exhibitions; group exhibitions of young photographers just out of school, one of which is the “Young Greek Photographers” which has been running since 1987 as well as other group exhibitions. Last but not least, the Month of Photography is accompanied by parallel events such as meetings, discussions, seminars, workshops, etc. This year’s Month of Photography is about people, about those who photograph and about those who are photographed, and how they are “immortalised” on the photographic print. Part of it is a study on this familiar and easily recognisable landscape called the face, which is however so hard to define. A study approached through the deconstruction of the “portrait” in order to recompose it, by magnifying in order to decipher shapes. The main themes “On Faces” is divided into three sub-themes, or rather approaches: 1. The photographer’s ethics How does the photographer see the social events he/she depicts? Photography, which began as an objective depiction of reality, has had to deal with the falling apart of this myth of objectivity and of the accepted truth, something that has brought about serious questions as to how photographers position themselves ethically before what they see, and as to their use of photography itself. 2. Allegory in photography By this we mean to show photographic work that is staged, that is carefully composed and where the place of things has been purposefully chosen. In this manner symbols and faces, light and shadows, objects which seem to belong elsewhere somehow begin to talk about a new reality as seen by the artist. A reality that is struggling to be taken as such, a thought that is on the lookout for new companions. 3. Ambiguity in the photographic portrait Traditional depictions of faces have been replaced by new approaches, approaches that give us an end result somewhat distant from the familiar human form. “Ambiguity” travels between what is and what appears to be, just like we human beings travel between the visible and the invisible. 1. The photographer’s ethics Archivo Fotografico Casasola, From the revolution and beyond (1900-1940) Yiannis Behrakis, Swimmers George Georgiou, Between the Lines Yorgos Katsagelos, Silence Charis Kakarouchas, Cuban Diary Simon Norfolk, Et in Arcadia Ego Voula Papaioannou, A Homage 2. Allegory in photography Yorgos Chaidopoulos, Santorini’s Scarecrows II Sylvia Diamantopoulou, Under Pressure Pella Dikonimaki, Efigies Martin Kollar, Nothing Special Jens Liebchen, Politics & Art – Art & Politics Clement Page, Sleepwalker 3. Ambiguity in the photographic portrait Anton, ImPRESSions Athina Chroni, People (Stereoscopic Projection) Chuck Close Yannis Kostaris, Private Spaces I & II Dina Koumbouli, Monographs Pepi Loulakaki, Stage on Fire Eleni Maligoura, Self-Portrait Photo Booth: Selfportraits, self-portraits of 30 photographers plus… Petros Sofikitis, Achania Thematic Group Exhibitions Corbis Outline 25 The photographic portrait: from trace to allegory Projects European Eyes on Japan/ Japan Today, 8th edition Karin Borghouts Stratos Kalafatis, Saga Eleni Maligoura, Japan Project – Readings II Changing Faces: WORK an i(p+r)/n project (International Photography Research Netweork), UK Rob Hornstra, Roots of the Rúntur Renja Leino, Absent Minds Thomas Neumann, The Lithuanian Rocket Orri, Without Work Stepanka Stein & Salim Issa, Ordinary Living Arturas Valiauga, Still Identity Carte Blanche Dimosthenis Agrafiotis, (im)mobile domestications Ilias Bourgiotis, Spectators Panayiotis Elias, Human Scars Evi Karagiannidis, En Face Stelios Kasimatis, Stella Christos Koukelis, Divine Light Alnis Stakle, Living Space – Daugavpils John Stathatos, lithoi Takis, Hydromagnetic Fields Group exhibitions Young Greek Photographers, 15th Edition 29 Students of Athens Superior Fine Arts School Photograohy Group 18 Ano, Faith Leica Academy, Imprints Other events 2nd Panhellenic Encounter of Photography Groups & Clubs (Other events to be announced)